They're Here to Kill for Us

Our only flying mammals 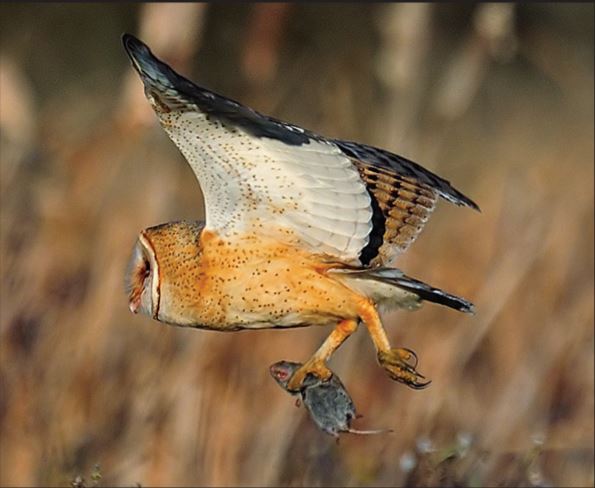 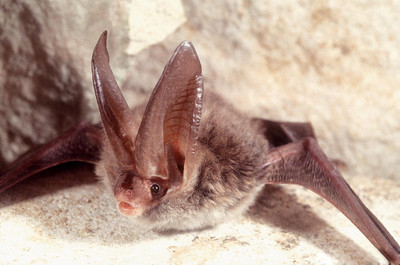 They’re Here to Save Us from Pesticides

Bats hold an indelible place in our thoughts around this time of year. Thanks Bram Stoker. We love Dracula, but you really messed up the bat thing. Still, thanks to the Halloween holiday now is a perfect time to think about their plight as well as that of a few other aerial carnivores.

Bats and raptors suffer from many of the same human influences, not the least of which are habitat loss and pesticides. Their plight is imperceptible to most of us, since so much of their activity, including hunting, takes place at night. On top of this, bats are scary, right?

With the air conditioning left on high and moving as fast as I could, I opened the driver-side door, exited and slammed the door closed. It was the everglades in early July and the mosquitoes were so abundant that they looked like a rain cloud over our rental car. All I wanted was my first photo of an alligator in the wild. I got it and so much more.

With the photo captured, I was once again ready for the protection of our rental. Peering inside, I realized that I had not exited rapidly enough. Part of that “rain cloud” had already entered the car and I was about to let in more. With the air conditioning still blasting the little bastards were concentrated under the rear window. Fortunately, I had a secret weapon, The Miami Herald. Rolled and ready, I began flailing wildly. When it was over the rear seat area looked like a murder scene.

Sunset in the Everglades

Looking west, with the sun beginning to set, it was clear that some local critters were very pleased with the presence of these blood sucking vermin. Darting in, out and around the cloud were one or more of the five bat species found in the everglades. At that moment, I reflected on seeing two barred owls perched on a hardwood hammock near where my alligator had been. We didn’t see the owls again, but I could imagine the aerial warfare that would take place as the night grew darker. Reflecting on the moment, I’m glad I had the “Herald” rather than some misunderstood bottle of pesticide. It was one of those moments that reminded me of the interconnectedness of all life forms and how we’re still a part of it.

Why Should We Help Them?

Not unlike fast food, antibiotics, vaping and Instagram, we’re now wired for instant gratification and that trait has been extended to pesticides use. We trust the marketing that tells us how we’ll be instantly satisfied, while having no understanding of the chemistry or its impact on biology and our environment. We can do better by eschewing pesticides and helping to bolster a more natural approach.

There’s an old saying that goes, “the enemies of our enemies are our friends”. If that’s true, perhaps we should do all we can to help bats and raptors help us. All we need is a little creativity and patience. 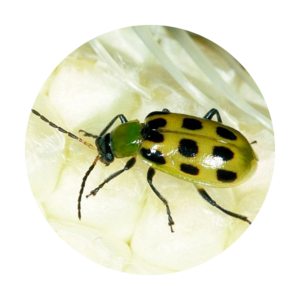 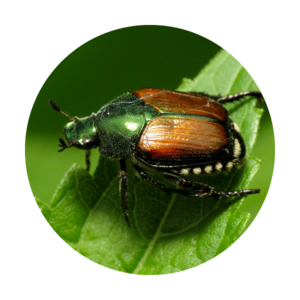 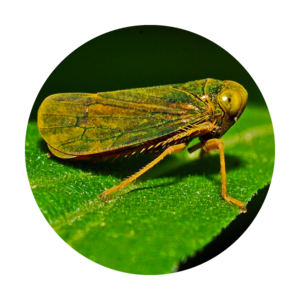 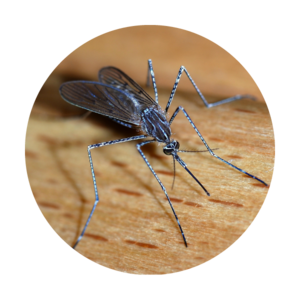 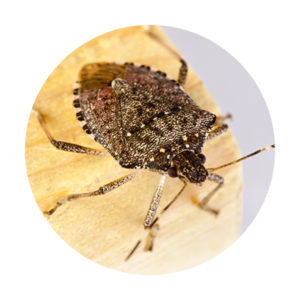 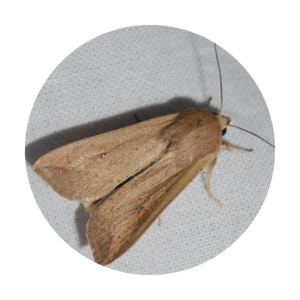 A single bat can eat up to 1000 mosquitoes sized insects in an hour. Among many other pests, bats eat Japanese beetles, cucumber beetles, mosquitoes, stink bugs, leafhoppers and armyworm moths. To be clear, there aren’t any blood sucking bats in north America. Sadly, more than half of the bat species in the US are in severe decline, primarily due to loss of roosting habitat. But that’s not all, a new study published in the journal Biological Conservation revealed that 40% of all insect species (worldwide) are in decline and could die out in the coming decades. So, why help bats kill more insects? Because, unlike habitat loss and pesticides, bats are part of the food chain and don’t indiscriminately kill other living organisms. To learn more about how you can help bats and control pests visit BATBnB.

Only bat experts could design a roost so elegant and accomodating

Fleas, gnats, flies, mosquitoes, rodents and all sort of life can drive us nuts and at times cause us to behave like industrial mega-farms declaring chemical warfare upon our assailants. In the US alone, consumers spent about $12 billion on pesticides in 2016. Worldwide consumers and industry will spend about $81 billion in 2019.

Despite the gargantuan size of the industry, few consumers understand the chemistry that makes up the pesticides they buy. In the case of rodenticides and insecticides, we should consider whether the product will migrate and if it’s a broad or narrow spectrum killer such as second-generation anticoagulant rodenticides (SGAR). SGAR's kill indiscriminately when poisoned animals are consumed by predators and scavengers.

In my own experience, two of my neighbor’s dogs have died from consuming poisoned rats (each was heartbreaking). Many of the concerned believe that the number of pet deaths from SGAR's each year is far more than reported. Some estimate the number to be more than 10,000. We'll never know, since most pets aren’t autopsied and many wander off to die undetected. The same is true for wild animals, but there's plenty of evidence that SGAR's routinely kill mountain lions, black bears, bobcats, coyotes, badgers, owls, eagles, hawks, falcons, ravens, crows, turkey vultures, raccoons, skunks, possums, bumblebees, wasps and of course rats, mice, gofers, squirrels and our beloved pets.

Rodent infestations happen, because we unknowingly invite them to live with us. This flier, courtesy of RATS, offers better solutions than using poisons or other indiscriminate and inhumane approaches.

Raptors Are The Solution
Non-lethal, pesticide free pest deterrents are a terrific option.

It’s all about our disdain for pests. So, what is a pest? I suppose all of us could come up with a definition and they’re likely all correct. Still, I looked it up and found 1) a destructive insect or other animal that attacks crops, food, livestock, etc. 2) an annoying person or thing; a nuisance 3) Any organism that interferes with human welfare or activities. It seems rather vague when just about everything has potential to be a pest, especially humans. It follows that the term “pesticide” is also quite vague. It goes something like this 1) a substance used for destroying insects or other organisms harmful to cultivated plants or to animals. 2) any substance "intended for preventing, destroying, repelling, or mitigating any pest."

Naturally, bug repellents are pesticides, and so are antimicrobials, herbicides, fungicides and rodenticides. In fact, so are plant growth regulators, defoliants, desiccants, and nitrogen stabilizers. Among these are glyphosate (Roundup), Acephate, Deet, Propoxur, Metaldehyde, Boric Acid, Diazinon, Dursban, DDT, Malathion, Dicofol, etc. Each of these chemicals were, at one time, approved by the EPA and available to consumers. Meaning, we can’t always trust the EPA to keep us safe from products we don’t understand.

Do we have to live with pests?

No! Well not entirely. There are alternative measures we can take that don’t require a degree in chemical engineering and biology. If you’re a gardener like me, you may have tried some of the following natural pesticides in and around your home. If you haven’t, be sure to do so. They all have some value depending on the pest and your objective.

Do it Yourself Pesticides

There’s plenty more we can do to reduce our pest exposure while at the same time helping to save bats and other species and promote a more circular and natural approach to our efforts.>

One of those other species is the owl, particularly, the barn owl. According to RATS,

one of our favorite “raptors on the job” is the barn owl. We rarely see them because they’re nocturnal, and very quiet. But they’re among the best rodent-controlling predators we have, without any of the devastating long-term effects of poison.

Lisa Owens Viani, Director and Co-founder at Raptors are the Solution (RATS), operates an NPO that educates people about the ecological role of birds of prey in urban and wild areas and about the danger they face from the widespread use of rat poison. RATS is a fiscally sponsored project of Earth Island Institute, rated a Four-Star Charity by Charity Navigator. RATS raises all of our own funds through grants and donations. We partner with other nonprofits, agencies, scientists, cities, and others to work toward eliminating toxic rodenticides from the food web.

This fascinating three-year study by researcher Mark Browning shows beyond a doubt that “barn owls provide a highly effective, inexpensive and non-toxic alternative to other methods.” Browning notes that “over the first two years, the large population of owls took 25,682 rodents at a cost of 26 cents per rodent, versus a cost of trapping at $8.11 per rodent.”

Many vintners are acutely aware of the effectiveness of raptors to control rodent populations and they make them feel at home in their vineyards. It makes perfect sense when you realize that a single barn owl can eat as many as 1000 rodents each year. By putting up simple nesting boxes as well as planting oaks, one vineyard created a permanent barn owl “residency” and are now watching their gopher population drop. More and more people in rural and urban environments are doing the same to control local rodent populations.

While bats and raptors are impacted by a litany of pesticides, raptors are most directly impacted using SGAR’s. To underscore the impact new scientific studies published in 2018 by UC Davis, the California Academy of Sciences, and others show that 70 percent of Northern spotted owls have been contaminated with anticoagulant rodenticides. In fact, based on the California Department of Fish and Wildlife’s own studies, from 2014 to 2018, an estimated 70 percent to 90 percent of various tested wildlife species in the state were found to have SGARs in their systems.

Bats & Birds of Prey Offer Great Value to our Ecosystem

Modified from BatBnB website. Both safeguard our health by reducing dependence on dangerous pesticides and by consuming pests, including mosquitoes that carry West Nile virus and rodents. Without large populations of both to keep pests in check, pollinate flowers, and carry seeds, entire ecosystems upon which we depend could be threatened. If we learn to respect these creatures and support them in habitat recovery, they’ll continue to recover and help us out in return by consuming the critters we all consider to be pests. >

If you'd like to get involved and learn more, here are some useful links.

Here’s what you can do:

Use self closing screen and doors

Where to Buy Owl Boxes

Post Pandemic Norms - 5 Ways to Make Them Green, and Some Pandemic Humor